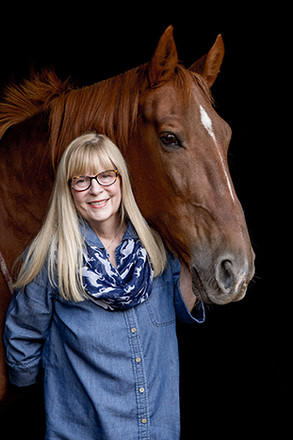 Although I have dabbled in photography for decades, taking classes at Nashville State Community College and participating in photography workshops all over the United States, like many woman, time to truly devote to my artistic passion came only after my son left home for college in 2002.

Since then, my photography has taken many different paths. I began my career shooting Tennessee’s natural landmarks like Reelfoot Lake, Big South Fork National River & Recreation Area, and The Great Smoky Mountains National Park.  The gallery "Tennessee Landscapes" showcases some of this earlier work. These travels led to others.

The gallery called “Abandoned” features images of structures, which nature is attempting to reclaim. My favorite place to photograph has to be the Mississippi Delta. Much of this landscape is unchanged since I visited there in the 1970’s and 80’s. Many structures I have photographed are simply not there any more. For example, shortly after I shot the church at Mt. Helena it was completely swollen up by the Delta. I can’t explain the feeling I got when I went inside and saw all that was left was a pew and a piano.  These photos are an architectural record of what was once a vibrant and prayerful place. I am so thankful I got to experience this before it was gone forever.  I used the reclaimed cypress wood to create frames for this collection titled “Mississippi Delta, Religion, Shacks, and Juke Joints.”

I certainly have southern roots. I was born in Birmingham, Al, lived most of my young life in Nashville, and for the last 23 years I have lived on a 100-acre farm in middle Tennessee known as the Turnbull Ranch. This farm is featured in “One Hundred Acres” and “Through the Windshield” galleries.  My husband and I share this land with a herd of cattle, a flock of chickens, and white Dorper sheep, a Great Pyrenees, four border collies, one donkey, and my beloved Tennessee walking horse, Peppermint.

Peppermint is actually the inspiration for my new love of photographing horses. He once belonged to my father. When he passed away in the summer of 2012, I had to find homes for his 21 walking horses. As I began photographing these beautiful creatures I fell in love with the majesty of this hard working companion.

There are two galleries, so far, that feature this equine work:  “Horses” and “Iceland.”  The Great American Horse Drive held in Colorado, a ranch in Dubois, Wyoming, and the Tennessee walking horses around Shelbyville, comprise the subject matter for “Horses.” My newest collection “Iceland” chronicles my trip to its southern coast, and the unique Icelandic horses that call this frozen tundra home.  The Iceland photos are featured in an article in Nashville Arts magazine in the July 2017 edition.

In February 2017, my photos were in a exhibit at the Hathaway Gallery in Atlanta. In September 2016 my work was selected for Slow Exposures, a juried exhibit celebrating photography of the rural south. Along with the main exhibit, participants could submit a body of work that is called a “pop up show. “ I was selected for a pop up show and exhibited 20 pieces from my Mississippi Delta photographs. There are hundreds of entries and they pick around 80 for the exhibit, so I am thrilled to be chosen.  My photo “Ms. Green's Green Beans” was the People's Choice Award, so they are using it on all their publicity for the 2017 show.

It has been an awesome journey.

I can’t wait to see what is coming next.